The best paintings in the style of Cubism

Cubism is a modernist trend in art, mostly in painting, sometimes in sculpture and architecture, which made artists look at primitive art in a different way. A feature of Cubism is that, unlike classical art, it is not based on imitation.

Cubist paintings are always easily recognizable due to their flat, two-dimensional appearance. In this style, the standard color and light-air environment and a fairly simple linear perspective are used: cubist pictures are characterized by an abundance of geometric shapes, lines and sharp corners, and also intentionally modest, neutral color scale. 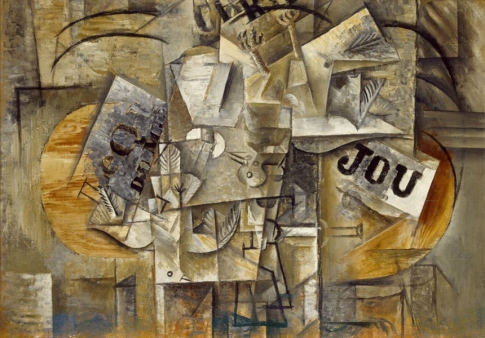 Unlike traditional still lifes, landscapes or portraits, cubist paintings do not have to look realistic. Instead of viewing the object from one possible angle, the artist, as it were, splits the image into parts, and then adds together the fragments from different advantageous points of view into one picture.

Many believe that Cubism is a branch of abstractionism, while it is also a self-sufficient direction of avant-garde art.

Famous paintings in the style of Cubism 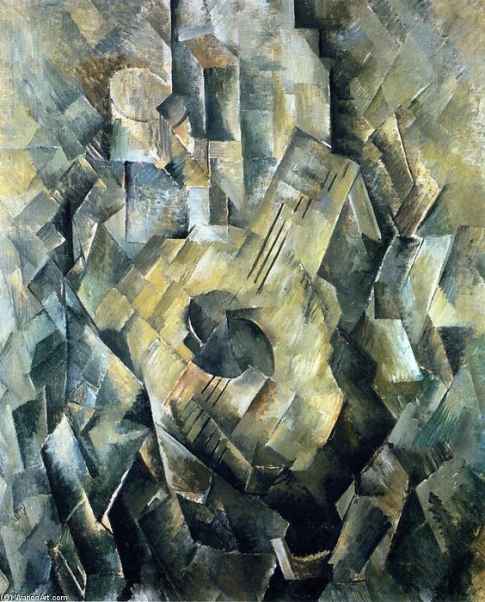 This is an example of early painting in the style of cubism - its analytical stage. Braque decides to abandon writing landscape scenes and stay on still life. The painting depicts a musical instrument - a small lute called a mandor. 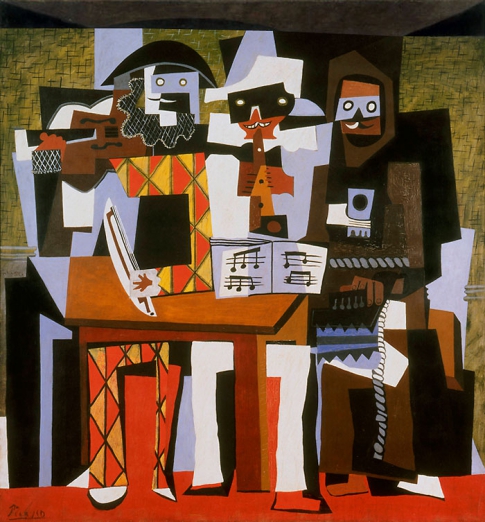 Although the main period of Cubism in Picasso's works falls on 1909-1917, in 1921, shortly before his immersion in surrealism, he wrote this cubist picture. It is interpreted as the artist's nostalgic memories of the past: in the center of the picture is Picasso himself, disguised as Harlequin, and on both sides of him sit old friends: Guillaume Apollinaire (in the costume of Pierrot), who died in 1918, and Max Jacob (monk ), with which Picasso has ceased to keep in touch. 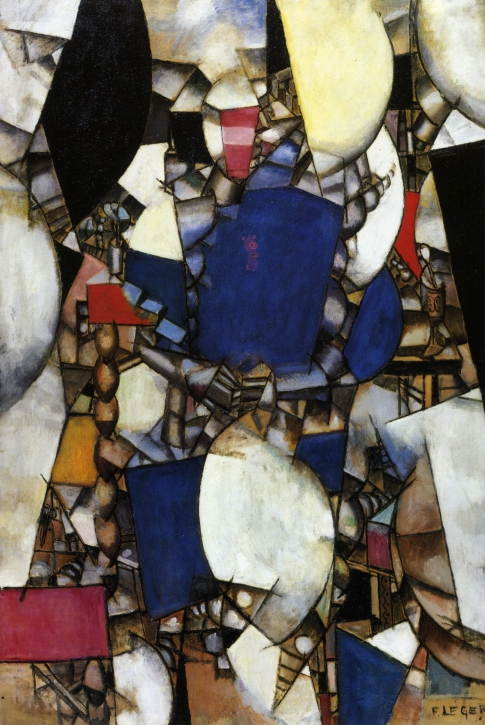 Leger shows an early interest in geometric abstraction, which seems to float inside the canvas. Elements of the work are fragmented into separate parts to convey the impression of the artist from modern life - so Leger wanted to express the essence of the character of the main character of the picture, the woman, and not her appearance.